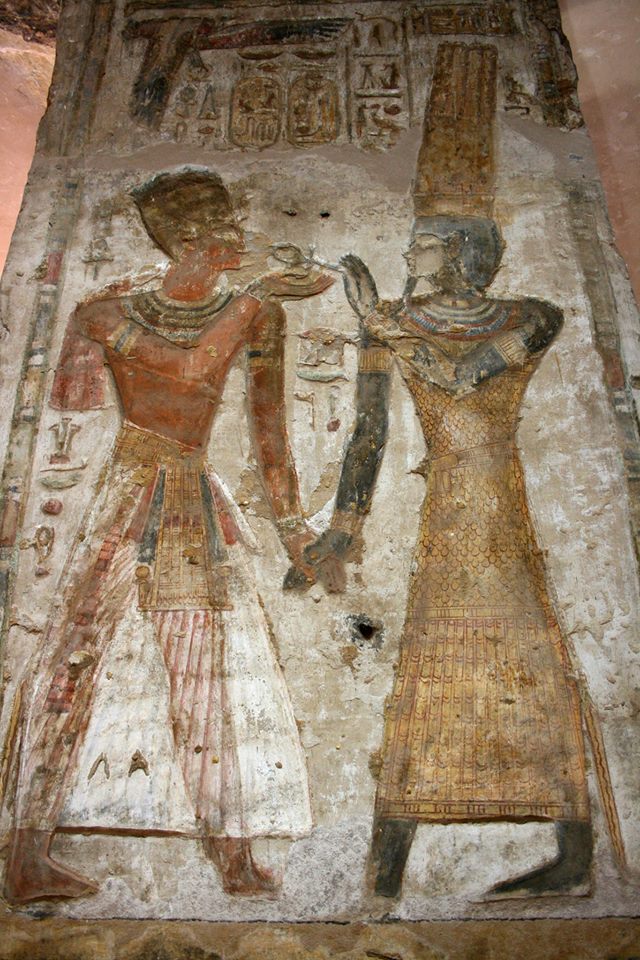 Onuris-Shu (on the right, wearing the Four-Feathered Crown) giving the ‘Ankh’ (the symbol of Life) to King Ramses II (wearing the Blue Crown);
detail from one of the pillars of the Second Pillared Hall of the Temple of Ra-Harakhty and Amon at Miam (now called “derr”), Lower Kush/Nubia.

“Onuris (Jnj-ḥrt)-Shu, the Son of Ra, within the ‘Temple of King Ramses Beloved of Amon’ in the House of Ra”
(inscription from the pillar; cfr. Derr, 63)